Should expats in the Netherlands learn Dutch? 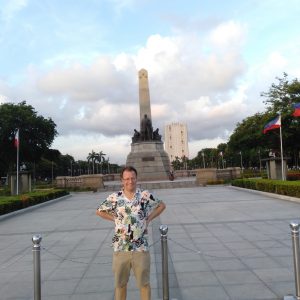 There are around 75000 expats who work in the Netherlands. Expats are then defined as people who work in a country that is not the country where they are born and grew up, and earn a high salary in their industry. The question “Should expats in the Netherlands learn Dutch?” is a valid one. In many countries this question does not come up, say in Spain or Germany nobody thinks it is not necessary to learn the  native languages of these countries. But in the Netherlands we have a different situation insofar, that almost everybody speaks reasonable up to very good English. This is even more true in the environments where expats tend to work: with high level experts as their colleagues, and they ALL speak English pretty much without exception.

Expats could easily work in the Netherlands and have a successful career without speaking (good) Dutch. It will also not be a problem to find people to talk to when they go out at night or when they have to do groceries.

So no it is not absolutely necessary to learn Dutch for most expats in the Netherlands. But there is one thing that expats in the Netherlands have to understand. Yes almost all people in the Netherlands are able to speak English but …. they never do when they speak to each other. So when you are walking around in your office or sitting in a bar, you will hear mostly Dutch. When you do not understand these conversations and you cannot interrupt the conversation and throw in that you do not agree with the speaker, or on the contrary that you could not agree more. This will make you feel isolated. On the office, it will make you miss important information or juicy gossip. You will be “out of the loop” so to speak. This is a very good reason to learn to speak fluent Dutch. Fluent does not mean perfect by the way, it only means that you can converse without thinking about the words to use. Only (hopefully) about the content.

Another, arguably less important reason to learn Dutch is the respect you will earn when you speak Dutch at a good level. Dutch people do not expect that from foreigners, so they will be genuinely surprised if you do. Not only will you earn their respect for your capability to learn to speak it at a good level, it also shows Dutch people that you apparently were willing to put serious effort in learning their language. This shows them that you value their language and culture and will make then appreciate and like you better too.

In conclusion, it is clear that, although you could live and work in the Netherlands without knowing the Dutch language, there are very good reasons to learn Dutch and it is highly recommended.

Now for the question of how to learn Dutch, you could read the page about my “revolutionary”, very effective and fun method.

Order now! 10 lessons of 1 hour on Skype for 190 euro, and FREE Word and mp3 files with the content of the lesson sent to you after the class: